Which fuse(s) should we use?

Unless you use a charge/discharge BMS you will need to add fuses:

The recommended rating is 40-50A, no more than that. Yes - even if you got a 90A battery
Here's one that has the right specs for our use: Digikey ANX80-UL-50A

or even better: Digikey 40A Thru Hole

You can use a fuse holder if you got tons of extra space to spare or just solder straight onto the fuse and heat shrink it. The idea is that if the fuse blows you got much bigger problems anyway, so replacing and resoldering the fuse will be the least time consuming part of your repair job…

Can we just use a regular automotive fuse?
Most likely yes, many of us do, but technically we are exceeding the voltage rating for those fuses.

Here a rating of 10A should be sufficient, but again we should ideally use something rated for 80V+

Here’s an example of a suitable one: Digikey 10A thru hole fast acting (LittleFuse Pico)
Or: Amazon 15A Fast Blow

Another 10A Fast Blow: Littelfuse - (newark.com)

Why do we need fuses?

You could ride fine without one your whole life, a fuse is kinda like an insurance policy or a lightning rod in your home. You won't notice that it's missing until something catastrophic happens...


For discharge: The most likely (albeit far fetched) failure scenario is that something in your VESC breaks in such a way that it shorts plus and minus at the input. A fuse will protect your battery, without a fuse your battery could catch on fire…

For charge: If you have a BMS then the BMS will cover the fuse functionality. If you don’t then the charger fuse will protect your battery if your charger melts down and shorts plus and minus. Not sure how common such a scenario is in the real world…

Im running no bms with stock xr pack direct to lilfocr kit from MakersPev…do you know if i need to go in and now add these inline fuse connections?

Completely up to you how responsible you want to be - I personally also have been lazy with my fuses. Have them in my first two boards but all my XR VESCs are fuseless still…

What do you think about the 80V FKS ATO from Littelfuse? It is much more compact but it only goes up to 30A. Perhaps I can put a couple 20A in parallel. It has a nice stackable holder too.

I decided to go with these epoxy coated ceramic fast blow 10A 125v fuses for the charge port side:
https://www.digikey.com/en/products/detail/littelfuse-inc/0251010-NRT1L/700760

Unfortunately I still can’t find a better fuse for the controller side than the one you posted at a decent price… once you go above 80v in the 50A rating class the prices sky rocket quite a bit.

For now the one you posted I think would work fine in most situation, but I’m not sure I 100% understand how the amps flow on those wires from the battery to the control board yet… is this directly related to the “Motor Settings > General > Current > Battery > Battery Current Max/Regen” ? Would it not be possible to see spikes above 40A decently often with a heavier rider pushing it hard with a higher amperage output capable pack with these setting ramped up? Maybe not… ? I know people like to crank up that amperage when they have a pack capable of it… But maybe those amps never get fully seen on that path? or maybe using a slower blowing fuse would allow bursts over the fuse rating and allow for higher amps as long as they aren’t sustained…? Just some thoughts/Questions I have.

@mariocontino or @surfdado might one of you be able to provide some insight on this?

Just trying to make my builds as safe as possible so trying to add proper fuses, diodes, etc…

I’m not currently of the mind that having a discharge fuse is really needed. And if you’re not sure how current flows in any given setup, then it may be best to start there, and then ask if a fuse is what you need.

What scenario is the fuse supposed to prevent? What other scenarious would result instead, if the fuse blew when you expected it to?

What scenario is the fuse supposed to prevent? What other scenarious would result instead, if the fuse blew when you expected it to?

Is my point above in “why do we need a fuse” not clear? Or is it wrong? Are you saying you don’t think the VESC could ever fail in such a way that positive and negative input get shorted? I don’t know enough about electronic circuits to say that this can never happen.

I figured a proper design would include a fuse, and I admit that I have 2 boards without fuses and am not terribly worried about them, but I’m a little surprised to hear from you that you think skipping the fuse is fine, considering that your charge-only BMS has no way to intervene if something were to happen

Is my point above in “why do we need a fuse” not clear? Or is it wrong?

This is all my opinion of course, which does change when I learn more. That being said, there are tiers of failure that happen in these sizes/shapes of PEVs, and the discharge fuse is still a point of contention with some builders.

I don’t normally put one on anything I build, specifically because the single time I had an ESC failure, the ESC burned and opened the circuit long before the battery was dumping enough current to heat up into thermal runaway.

This of course assumes a well made battery, adequate conductors, and a controller enclosure scenario that wouldn’t itself lead to the circuit being closed otherwise and causing more current to flow after the PCB of the ESC blows apart.

One example of a short at the ESC that was artificially allowed to continue: 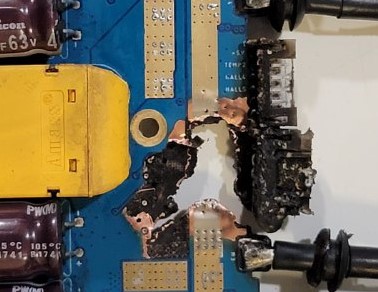 I think this thread on esk8news is worth reading, because it gets very spirited, and a lot of the different perspectives come to light. And some of these members are folks that have or still currently do, work in the industry on eskates either for manufacturers of completes or parts vendors. 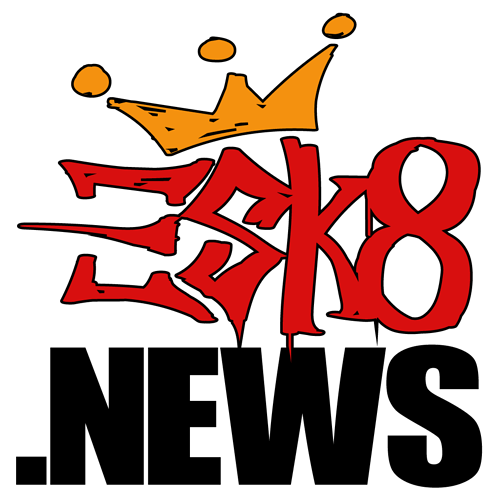 To fuse or not to fuse!

Been doing a lot of reading about using a fuse on the main discharge when bypassing the bms. Everyone seems to have a different opinion. So is it better to use a fuse or not?

I still add a fuse on the charge port positive wire, as that tends to be the most dangerous state a battery can be in. The amount of fires that happen during discharge is much lower, and most often seems to happen (as far as either eskates or EUCs go) from poor construction, physical and electrical abuse, or a mix of those.

The lack of a fuse on the discharge path, for what I build, is for a similar reason that I don’t have the BMS on the discharge path. I would prefer as little as possible between the ESC and battery when my brakes are involved. If there’s an ESC failure that involves a short circuit during riding, I’m going to fall anyway, and either the ESC is going to act as a fuse, or it won’t and it’s going to burn out in the street.

One can overspec a fuse to be above the current limits they set, but a fast blow may still blow at currents that would cause an overcurrent fault. If there is current still flowing, the ESC will pop, MOSFETs may fail, etc. and the circuit would be opened.

Again, all my opinion, and I see boards every day in the shop that have discharge fuses, sometimes in parallel (LaCroix, mostly), and I wouldn’t be presumptuous enough to question the opinion of engineers that are as successful as those working in these companies.

I just try to follow what smarter people have done, and what I’ve learned from asking people like Mooch about fusing. And there’s always the questions that pop up, “What exactly do you want this fuse to protect you from?” “What other scenario would arise when the fuse blows, and what would happen in that scenario if there were no fuse?”

From there, you choose the scenario that seems safest (least dangerous).

I think , we need fuse and bms together, because bms have back to back mosfet + controller to monitor cell voltage and control battery bus on/off, We need to consider the condition of mosfet failure(short circuit ), so when bms fail ,fuse can cut off power path to prevent battery short .

If I get the gist of this all then the argument for no fuse is that the ESC will eventually be its own fuse - to me it sounds like we’re counting on luck (anecdotal stories of where this worked are still luck imho), instead of using a device with a well spec’d failure behavior aka a fuse.

Like I said before, I understand why lots of people are skipping the fuse, but given all the precautions you’re taking elsewhere in your build I’m still surprised that you are in the no-fuse camp.

Just to confirm, are you saying even with a 90A battery pack with max battery amps set to 90A on the VESC, a 40A fuse like this will not blow while riding? Even when going up steep hills?