I have a 800kv motor, that not many people use and I am looking for advice on what settings to deviate from Dados v23 ATR xml in order to work with this motor? I have tried out the default v23 xml and it works fine on flats, but on bumpy ground and downhills it vibrates.

Any advice is welcome. Thanks. 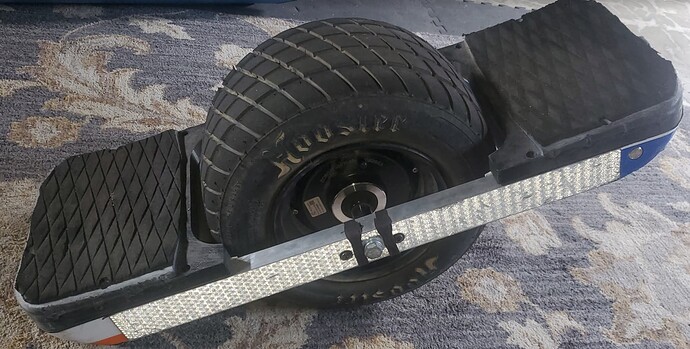 YT Video of riding would be good.

YawP to 0 did the trick. Very impressed with ATR v23 so far. Feels like the real onewheel but better, especially on tight low speed turns.

Thanks for the help!

you don’t really want to ride with YawP = 0 - 90% of the time it makes no difference but in a few corner cases this feature keeps the board from teeter tottering, have you tried (2) and (3)?

(2) Changing Zero Vector Freq didn’t make any difference for me with YawP still on .6.

(3) I didn’t try this because I don’t see any reference to your optimized YawP on the DIY Onewheel Info ATRv23 google sheet. What is it about the setting that turns it optimized? How would I adjust it and still keep it using the “optimized” version of YawP?

it’s not described because it’ll confuse most people…
3.x = 0.x with my optimizations

So basically if you try YawP 3.6 you get a tamed down version of YawP equivalent to the 0.6 without the ability to produce extreme amps. But it could well be that this also won’t help you and that instead we need a lowpass filter for the Angular Rate data for some IMUs - YawP seems to be very IMU dependent, even between the same VESCs

Looks like the 3.6 YawP did the trick. Dont notice much of a difference riding though. Thanks for the help.

it’s not noticeable in most situations. Here a few examples: going over speedbumps you will occasionally notice oscillations without YawP, and when braking hard, down to almost a complete stop and then accelerating right afterwards you can also typically observe some issues too

Coincidentally, I’m having the exact same issue on my VESC 6-75 PintX! Downhill vibrations and on bumpy ground, and I now discovered that I also had YawP 0.6 - will change to 3.6 or 3.8 and try again…